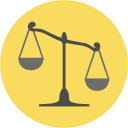 Can anyone give me ideas on what I could use in my acrostic julius caesar poem. I'm not sure what all I could say. I need something to go with each letter of the title of the play. The format for the poem is like this...

Any help is appreciated, Thanks! :)

The poem also has

then the Julius Caesar part.

Some planned his destruction

Even thought himself a god

Since he was so well-obeyed

All bowed to him

Regretfully, he blinked, so they say.

Julius Caesar was his name

Lucius Cornelius was his ally

Rhodes is where he studied

Spartacus warred against him

ran for election & won it

I gave you some , now the rest you just follow the format & try to make it rhyme & an example of what an Acrostic Poem should be.

Here is an example in English, an Edgar Allan Poe poem titled simply An Acrostic:

Elizabeth it is in vain you say

In vain those words from thee or L.E.L.

Zantippe's talents had enforced so well:

Ah! if that language from thy heart arise,

Breath it less gently forth — and veil thine eyes.

To cure his love — was cured of all beside —

His follie — pride — and passion — for he died.

0 votes Thanks 0
More Questions From This User See All

is Gaara a gay?

Qual a cor do fundo do "editor de mapas" do transformice?